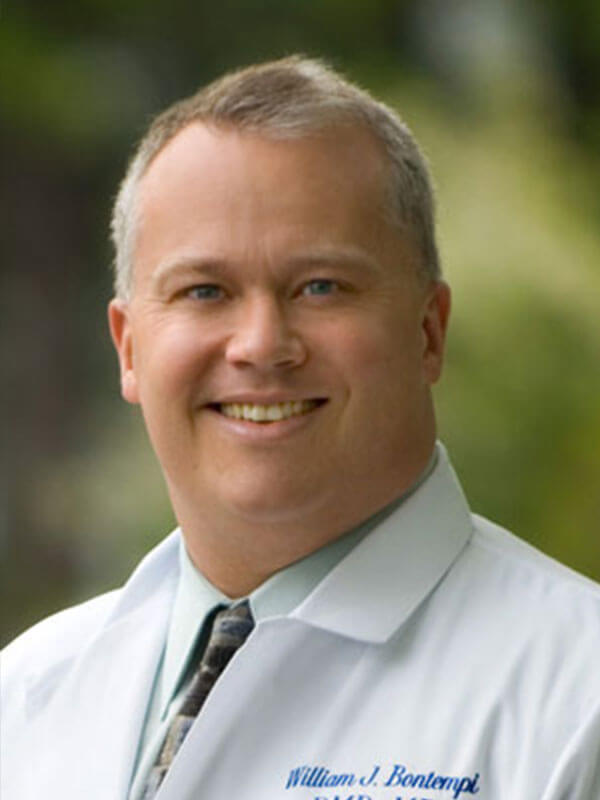 Oral and Maxilliofacial surgeon, Dr. William J. Bontempi practices oral surgery in Hadley, Longmeadow and Westfield, MA. Dr. Bontempi is a native of the western Massachusetts area, born and raised in nearby Greenfield, MA. He attended Greenfield Public Schools and graduated in 1986 from Greenfield High School. He graduated from Bowdoin College in 1990 and entered Tufts University School of Dental Medicine in the fall of that year. In 1994, he received his DMD from Tufts and began his surgical residency at the University of Connecticut. In 1997, he received his MD from the University of Connecticut School of Medicine and in 1999 he received his certificate in Oral and Maxillofacial Surgery.

Dr. Bontempi has a strong clinical interest in dental implants and implant related procedures and has lectured regionally on implants, specifically on Immediate Implant Techniques and Immediate Provisionalization.

Dr. Bontempi enjoys outdoor activites including hiking, hunting, fishing, and golf. He currently resides in western Massachusetts with his wife Krisinda, their son, and two daughters.

Back to Meet Our Doctors
HOME